Walking through the open-air campus and hallways of NCA International, past classrooms and lockers, up some small steps, a newly constructed Korean ranchon (gazebo) stands as a testimony to the commitment the school has toward celebrating our cultural diversity. The ranchon was designed by NCAI Korean families and a mural was designed and painted by NCAI Korean students, with guidance from our art teacher.

The mural includes popular objects of Korean culture such as Kimbap (a Korean dish that looks like sushi), male and female Korean figures dressed in Hanbok (a Korean traditional clothing) and other objects including animals, games, and the Korean flag.

Ye Bin, one of our students who worked on the mural, stated, “This mural is a chance to show Korean culture and tradition to others on campus that do not know about our culture. The school is giving us an opportunity to let others know who we are and what is important to us.” Isaac Kim said, “I think it’s kind of unique how the school dedicated a ranchon for us to represent our culture in the midst of diversity. It’s pretty cool.”

In the center of the mural the students chose a scripture from Galatians 3:28. It reads, “너희는 유대인이나, 헬라인이나, 종이나, 자주자나, 남자나, 여자 없이 다 그리스도 예수 안에서 하나이니라.” In English, “There is neither Jew nor Greek, there is neither slave nor free, there is no male and female, for you are all one in Christ Jesus.” Joycelin explains, “We chose this scripture because this year’s school theme is ‘We Are International’. This scripture is basically saying, even though we are all very different, we are all one in Christ. Even though there are barriers and we might have clashes because of our ideas and cultures, still what makes us united is Christ.” 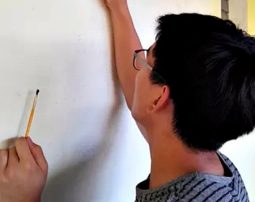 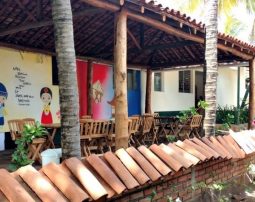 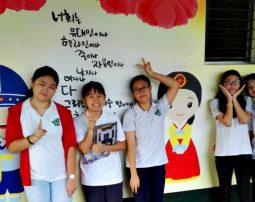